me and my books… click the images to order! 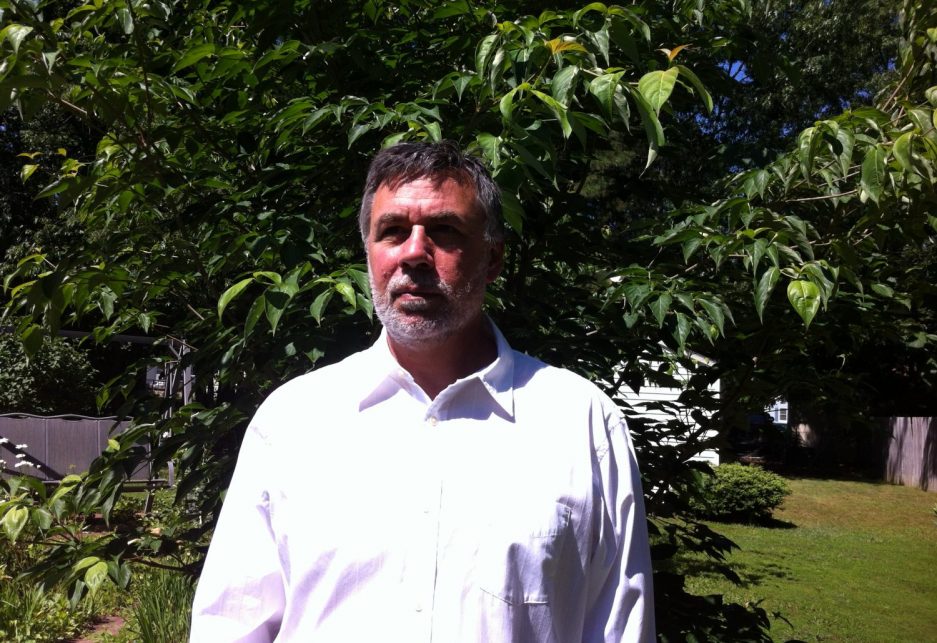 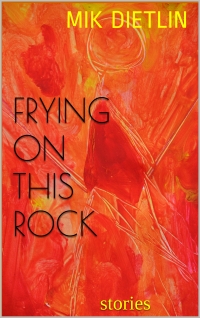 The cosmos, laughing uproariously at our efforts, inevitably will decide its had enough of each and every one of us, removing itself from the equation while we turn our brains into pina colada slushies.

Unfortunately, the brains of the characters in these six stories are already fried. Displaying a profound naivety imagining their seeking will solve problems, they either administer their monstrous belief system to those in their immediate vicinity, or are unwilling pawns in the carnage.

The result is a grisly demise to quite a few participants, in many creatively funny ways!

-In “The Interstellar Maintenance Man,” newly retired Renaldo Powell has invented a powerful gum, that when chewed, reveals the reason for life on Earth. People love the flavor, but the aftertaste is devastating.

-Can a workaholic law firm researcher trying to access his true individuality, and a government-grown miniature clown, co-exist without driving each other crazy? “A Flower?” is a story about dying to laugh again.

-“In The Future, Everyone Will Be A Terrorist For Fifteen Minutes” tells the story of Chuck and Riley, two elderly homeless men trying to survive in a new town where terrorism is as natural as breathing, and being accepted means total compliance, or the town’s history will cast its tragic spell.

Let’s face facts. Life, much like this book, is crazy. We’re only a few itchy fingers from total annihilation. That realization drives the subtle horror, and a not-so-subtle irreality lingering within these stories. ‘Frying On This Rock’ won’t save mankind from itself, but it sure is funny tasting medicine for this new foolish dark age.

“The Man Who Sailed Around His Soul” takes a brash, satiric, and cryptic look at the insanity of a future society where corporate advertisers behave like ruthless kings. In fact, they’re indistinguishable from political leaders in every way, especially in their endless pursuit for wealth.

What about his soul, you ask? According to his beloved mystic guru teacher Hydria Reaves, there is no soul, silly!

He’s rather smug about not being a cog in the new kind of hyper-active, barbaric world of commercialism. But Josef is about to get sucked in to the madness in ways he could never dream of.

This and other grisly events are spinning his life out of control. The most startling by far has Founding Father extraordinaire Thomas Jefferson hunting him down in an effort to pummel him to death. Has TJ somehow reanimated back to life, or has Josef truly lost his mind? Or both?

As life’s grim absurdities pile up like a three-day old Las Vegas buffet, and while battling the brutality of corporate omnipotence, Josef  experiences something new and profound- his soul perhaps?

He’s now convinced dreaming and reality are two sides of the same nickel.

But escaping Jefferson’s murderous intent is priority one. It will be the most heroic thing he will ever accomplish, even if he’s uncertain it’s really happening.

Coming to terms with his “soul” will have to wait a bit.

Mik Dietlin is a fiction writer living somewhere in the Shenandoah Valley. He’s written two story collections, a screenplay, and two novellas, not to mention a bunch of other stuff he’s had to toss in the garbage because it was starting to stink up the house. He’s currently contemplating whether or not to dive into the non-fiction arena.

His stories are a tantalizing mix of horror, scifi, and absurdity. You can call it speculative fiction if you want, or you can call it something else. I don’t think he really cares. A novella, “The Man Who Sailed Around His Soul,” and a collection called “Frying On This Rock,” are available from this web site.